Judicial Watch Uncovers FDA Gardasil Records Detailing 26 New Reported Deaths | Judicial Watch: "Washington, DC — October 19, 2011
Judicial Watch, the public interest group that investigates and prosecutes government corruption, announced today that it has received new documents from the U.S. Food and Drug Administration (FDA) under the provisions of the Freedom of Information Act (FOIA), detailing reports of adverse reactions to the vaccination for human papillomavirus (HPV), Gardasil. The adverse reaction reports detail 26 new deaths reported between September 1, 2010 and September 15, 2011 as well as incidents of seizures, paralysis, blindness, pancreatitis, speech problems, short term memory loss and Guillain-Barré Syndrome. The documents come from the FDA’s Vaccine Adverse Event Reporting System (VAERS) which is used by the FDA to monitor the safety of vaccines. The documents were obtained pursuant to a September 15, 2011 FOIA request for reports made from September 1, 2010 through September 15, 2011." 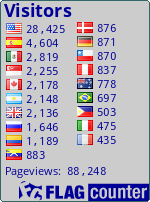