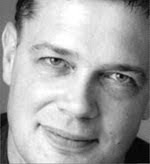 For parents like me, dealing with the severe part of the Autism spectrum, Dr. Wakefield's findings gave us hope and a reason for the chaos that no one else could explain. I have never meet him and probably never will, but nevertheless I will be forever in his debt. This witch hunt against a good doctor is disheartening and unfair. I am so very sad to hear he has resign from Thoughtful House Center for Children.

Council, which regulates doctors in the U.K., found that Wakefield was dishonest and irresponsible in conducting research on children in England a dozen years ago. The panel also said Wakefield showed a "callous disregard" for children at his child's birthday party in 1999 when he had blood taken from them and paid them about $10 each. He later joked at a conference about the children being "paid for their discomfort."
Wakefield's 1998 work, published in The Lancet, a prestigious British medical journal, fueled a worldwide scare over vaccines and autism. The Lancet retracted the study earlier this month.
Thoughtful House would not answer questions about Wakefield's departure. By Thursday morning, he was removed from the center's staff list, and the center issued a statement when asked whether Wakefield had resigned.
"The needs of the children we serve must always come first," it said. "All of us at Thoughtful House are grateful to Dr. Wakefield for the valuable work he has done here. We fully support his decision to leave Thoughtful House in order to make sure that the controversy surrounding the recent findings of the General Medical Council does not interfere with the important work that our dedicated team of clinicians and researchers is doing on behalf of children with autism and their families. All of us at Thoughtful House continue to fight every day for the recovery of children with developmental disorders."
Wakefield, who is in his early 50s, helped draw musicians and other celebrities to the Thoughtful House, where he was said to be in charge of research.
Parents who brought their children to the clinic said they saw him as a persecuted hero whose staff helped their children improve. The parents said they believe in the theory he advanced in the Lancet paper — that some children might develop a form of autism and gastrointestinal disease from exposure to the combined measles-mumps-rubella vaccine.
Other researchers have widely disputed the theory. Mainstream practitioners also oppose many of the alternative treatments at Thoughtful House, including chelation — the use of chemicals to remove metals from the body.
Starting April 7 in England, Wakefield will go to the next level of hearings before the General Medical Council, which will decide whether he is guilty of serious professional misconduct and whether he should be sanctioned, which could include losing his medical license.
Wakefield does not have a U.S. medical license.
Last month, he told reporters outside the medical council's office in London, "The allegations against me and against my colleagues are both unfounded and unjust. I repeat, unfounded and unjust, and I invite anyone to examine the contents of these proceedings and come to their own conclusion."