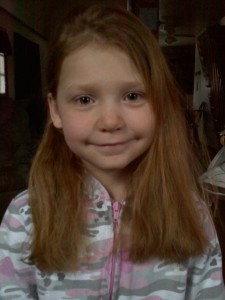 “She was always 100 percent healthy,” dad Justin said.
Kaylynne’s death came just four days after a doctor’s visit where she got her annual flu shot during a routine checkup. That was on Friday. On Saturday, Kaylynne developed a headache and fever. By Sunday it spiked to 102.3 and the little girl started vomiting and became disoriented.
“She said ‘mommy, I don’t know where I am.’ It broke my heart,” Nicole Matten said.
That’s when Nicole called the pediatrician. She says the doctor wasn’t overly concerned and told her to use Tylenol and Motrin.
“Tuesday morning she got up and her hands and legs were purple, so we called the doctor’s office and they said bring her right up. So we did,” Nicole said.
But on the 15-minute ride to the doctor’s the unexpected happened. Kaylynne stopped breathing in her mother’s arms.
Kaylynne Matten: Cause of Death “Undetermined.” Parents Believe Flu Vaccine Killed Their 7 Year-Old Daughter. | VaxTruth.org:

'via Blog this'
Posted by ~Zurama Arencibia Nuñez~ at 8:50 PM No comments: