Concern Citizens and parents of Vaccine Injured Children are Gathering Tonight for a Twitter Party to Push ‪#‎CDCwhistleblower‬ into “trending” status!

Tonight, from 7-10 p.m. EST, we are gathering for a twitter party to push ‪#‎CDCwhistleblower‬ into “trending” status! Share links, photos, memes, etc. over the course of the three hours. Here are some tips:
- Use #CDCwhistleblower
- Retweet others, favorite others, reply to others!
- Reminder that when replying, put a period in front of the @ (.@ThinkerMichelle) in order to reach all of ThinkerMichelle’s followers!
- Leave out the profanity
- Ditch the twitter wars and ignore the trolls!
- THANK DR. WILLIAM THOMPSON FOR COMING CLEAN!
- Don't know where to start? Follow @thinkingmomsrev and @ThinkerMichelle and start retweeting them! http://ow.ly/i/6G81y My Twetter is @Zurama 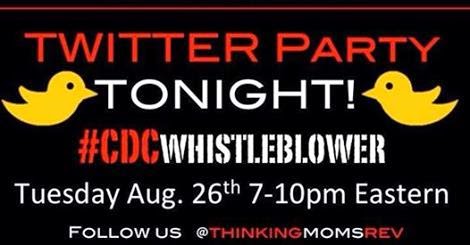 Posted by ~Zurama Arencibia Nuñez~ at 12:46 PM No comments:

Posted by ~Zurama Arencibia Nuñez~ at 8:03 PM No comments:

Fraud at the CDC (MMR), 340% increased risk of autism in African-American boys hidden from public 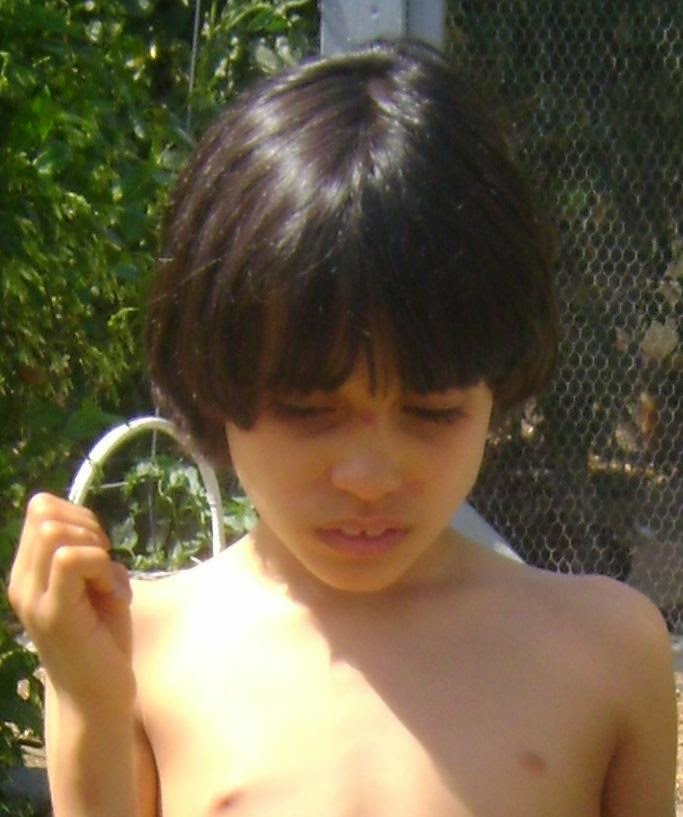 As a mother who's son regressed after receiving the MMR vaccine on his 1st birthday, I am disgusted by the revelation that CDC scientists doctored data that could have spared thousands of children a lifetime of suffering. They have known for over a decade that the MMR caused autism and lied to us. Dr. Wakefield was right all along!

I can remember how while I desperately scrambled for answers for my son's digestive problems and regression after this vaccines, the mainstream medical establishment was too busy trying to discredit and destroy Dr. Wakefield who was the only doctor at the time to have the guts to tell the truth. So much time wasted and so many children sacrificed for profit is unforgivable!

A top researcher at the Centers for Disease Control and Prevention (CDC) played a key role in helping uncover data manipulation by the CDC. This fraud obscured a higher incidence of autism in African-American boys. The whistleblower, Dr. William Thompson, came forward after a Freedom of Information Act (FOIA) request for original data on an autism study was filed and these highly sensitive documents were received with the assistance of U.S. Representative Darrell Issa, Chairman of the House Oversight and Government Reform Committee. The CDC documents and discussions with the whistleblower reveal widespread manipulation of scientific data and top-down pressure on CDC scientists to suppress a causal link between the MMR vaccine and later autism diagnosis, particularly in a subset of African-American males who received their immunization “on-time” in accordance with the recommended CDC schedule.

The CDC knew that MMR vaccine caused autism in black babies, and its top scientists actively conspired to cover up that fact for the last twelve years. Racists eugenics bastards!

The peer reviewed analysis of the original CDC data showing a 340% increase in autism in African American boys due to the MMR vaccine can be found herehttp://www.translationalneurodegeneration.com/content/3/1/16

The CDC has responded with this statement. In it they don't address the allegations of data tampering or fixing the numbers or any mention of the integrity of the researchers. I will never believe any information coming from the CDC!

They knew all along and just covered it up and lied to us, thus destroying the lives of thousands of children!

Pharm companies know that 50% of the ENTIRE population have a genetic TYPE (not defect) that does not allow their body (specifically their P450 cytochrome detoxification pathway) to process certain lab created agents including vaccines!

Posted by ~Zurama Arencibia Nuñez~ at 4:49 PM No comments: