Medical Freedom,Vaccines and Our Rights Under the Constitution

The failure of vaccine has been seen for hundreds of years, while self serving scientists try to cover it up, by lying or silencing anyone who dared question it's safety.

The vaccine induced autism epidemic is staring us right in the face with 1 in 50 children currently affected. As the vaccine schedule is raised so do the autism cases. A whole generation of children lives destroyed, while the Government continue to push for more vaccines and attempting to silence anyone who dares question the holy grail. There are over 80 scientific studies linking autism to vaccines. Published by Ginger Taylor at Adventures in Autism

The worst whooping cough outbreak in 50 years on the vaccinated. The DC data shows 84 percent of children under the age of three have received at least four DTaP. So if four shots is not enough, what does that say about vaccine pushers Herd Immunity Theory? That it's an outright lie. The only way to have immunity is by getting the deceases naturally. As a child over 40 years ago, I had the Measles, Mumps and Rubella. I survived and became immune for life

In early 2010, a spike in cases of Whooping Cough appeared at Kaiser Permanente in San Rafael, and it was soon determined to be an outbreak of whooping cough--the largest seen in California in more then 50 years. Witt had espected to see the illnesses center around unvaccinated kids, knowing they are more vulnerable to the desease. "We started dissecting the data. What was very surprising was the mojority of cases were in fully vaccinated children. That's what started catching our attention."
Reported Reuters , Natural News

In Spring of 2011 - California's Assembly Bill 354 - stating that beginning July 1, 2011, all seventh through twelfth grade students must have had the pertussis shot with all appropriate boosters.

Then in the summer of 2012  a deadly new pertussis strain is linked with the whooping cough vaccine. The bacteria are adapting to the vaccine and mutating. The mutation increases the illness rate of death.

“The Constitution of this Republic should make special provision for medical freedom. To restrict the art of healing to one class will constitute the Bastille of medical science. All such laws are un-American and despotic…Unless we put medical freedom into the Constitution; the time will come when medicine will organize into an undercover dictatorship and force people, who wish doctors and treatments of their own choice, to submit to only what the dictating outfit offers.The Constitution of the Republic should make a Special provision for medical freedoms as well as religious freedom." Admonition attributed to Dr. Benjamin Rush, signer of the Declaration of Independence, during the time of the 1787-1791 Constitutional Convention.

In 1903 Judge Woodward of the New York Appellate Court said in the Viemeister case: "It may be conceded that the legislature has no constitutional right to compel any person to vaccination." What the hell has happened to this county since then??

"Mandatory vaccination ranks with human slavery and religious persecution as one of the most flagrant outrages upon the rights of the human race."
Dr. J.W. Hodge MD, 'The Vaccine Superstition'
In "Poisoned Needle", Dr. Eleonor McBean exposes the dubious past of Vaccinations. 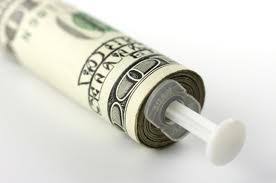 I you are able to get your doctor to show you the vaccine insert before you let him inoculate your child, do a search for the term “carcinogenesis,” literally ‘cancer creation’, on the product insert for any vaccine. You’ll see the following common phrase regarding most vaccines, “This vaccine has not been evaluated for its carcinogenic or mutagenic potentials or impairment of fertility.” You can find them located here:http://vactruth.com/vaccine-inserts/

Another interesting piece of history....

Interesting event..... In 1926Opposition to Vaccination GrowsIn 1926, a group of health officers visited Georgetown, Delaware, to vaccinate the townspeople. A retired Army lieutenant and a city councilman led an armed mob to force them out, successfully preventing the vaccination attempt
1929Tuberculosis: Lübeck DisasterA disaster caused by BCG struck the German city of Lübeck. During 1929 and 1930, 72 babies died from tuberculosis out of 252 vaccinated. Many other infants were made ill as a result of vaccination. The vaccine used was later found to have been contaminated with a human tuberculosis strain being studied in same lab.

1935Early Polio Vaccine TrialsThis year, two separate teams were at work developing and testing a polio vaccine. Both projects came to disastrous ends.At New York University, Maurice Brodie, MD (1903-1939), a young researcher, prepared a killed poliovirus vaccine, testing it on chimpanzees, on himself, and finally on children. He enrolled about 11,000 individuals (in both control and vaccine groups) in his trial.

Meanwhile, John Kolmer, MD, of Temple University in Philadelphia developed an attenuated poliovirus vaccine, which he tested in about 10,000 children.

The tests proved a disaster. Several subjects died of polio, and many were paralyzed, made ill, or suffered allergic reactions to the vaccines.

1942Hepatitis Outbreak Prompts Improved Vaccine Safety MeasuresFollowing the use of particular lots of the 17D vaccine among U.S. Army troops, an epidemic of hepatitis appeared. Several deaths and thousands of cases of “yellow atrophy of the liver” (jaundice following yellow fever vaccination) resulted. Following this incident and a similar episode in Brazil, both of which likely resulted from contaminated human blood serum being used in the vaccine

1951
Cultivation of Poliovirus in Monkey Kidney Tissue
At the University of Pittsburgh, Jonas Salk, MD (1914-1995), and his team developed a method of cultivating poliovirus in monkey kidney tissue. The method would lead to the ability to produce large quantities of virus for vaccine. "More than 98 million Americans received one or more doses of polio vaccine from 1955 to 1963", that were decades later found to contain a cancer causing virus.

4/24/1955The Cutter IncidentJust a few weeks after the landmark press conference announcing success of the vaccine trials, an Idaho doctor reported a case of paralytic polio in a recently vaccinated girl. Over the next few weeks, similar reports trickled in to local health authorities. All involved a disturbing detail: paralysis began in the vaccinated arm, rather than in the legs as was more common.It soon emerged that most of the cases of paralytic polio occurred in children inoculated with vaccine produced by Cutter Laboratories in California.

10/15/1958First Measles Vaccine Is Tested Sam Katz, MD, an infectious disease specialist working with Thomas Peebles and other researchers in the Boston lab, tested the first version of the lab’s vaccine on mentally retarded and disabled children at a school outside of Boston.

1998MMR Safety QuestionedBritish researcher Andrew Wakefield, along with 12 co-authors, published a paper in the Lancet claiming evidence of measles virus in the digestive systems of autistic children. In press conferences after the paper was published, Wakefield suggested a relationship between the MMR (measles, mumps and rubella) vaccine and autism. Wakefield then recommended that the combination MMR vaccine be suspended in favor of single-disease vaccinations given separately over time. For his audacity, he lost his country, and his medical licence.

Dr. Wakefield's finding have been replicated numerous times and in fact even before his findings.

10/15/1999Rotavirus: First Vaccine WithdrawnThe first vaccine for rotavirus, a common cause of severe childhood diarrheal illness, RotaShield, was licensed and recommended for routine childhood immunization in 1998. Wyeth Pharmaceuticals, however, withdrew the vaccine in 1999 due to safety concerns. Scientists associated the vaccine with a rare intestinal problem called intussusception, a potentially fatal telescoping of part of the bowel.

"We do not know what future generations are going to suffer because we have not been brave enough to question of mass vaccination."
Barbara Loe Fischer, President, The National Vaccine Information Center

In her book The Dream & Lie of Louis Pasteur by R. B. Pearson (originally Pasteur, Plagiarist, Impostor 1942) Eleonor McBean Exposes Pasteur's Lies and his constant thievery of other scientist discoveries and how he would alter the result of his experiments.

To learn more about the dark history of vaccination read: Suppressed Medical Science, by Jack Phillips

Find out how advances in medical science were deliberately suppressed to maintain and increase monopoly profits. Learn how the voices of eminent medical scientists were drowned out by propaganda of the medical establishment, ably assisted by allies in government. Frame-ups, prison, bankruptcy, exile or worse for those who actually healed.

Lie No. 1 : Pasteur is a Benefactor of Humanity

- from ‘The Ten Biggest Lies about Vaccines’ by Sylvie Simon

"Each and every problem we face today is the direct and inevitable result of yesterday's brilliant solutions." Henry Bergman

Praise for Pasteur is heard across the world and he is considered to be one of the most prestigious heroes of humanity, a reference to be reckoned with.

Although the story of vaccination began at the end of the 18th century when the English doctor Edward Jenner undertook to inoculate with cowpox, a disease specific to cows, in order to protect humans from smallpox, it is Pasteur (1822-1895) who remains the father of vaccination and it is with him that the long string of lies begins.

This clever, brilliant, hard-working man was an expert communicator and kept up to date with the work of his peers. His tactics never changed; he knew how to recognize good ideas but would begin by openly criticizing them, then would shamelessly appropriate them to himself, claiming to be the discoverer. It is in this way that he became the benefactor of humanity and, above all, an untouchable myth.
http://www.whale.to/vaccine/simon1.html
Posted by ~Zurama Arencibia Nuñez~ at 9:01 PM No comments: